What is a Rapid Recovery Facelift?

Although regular injections of dermal fillers and Dysport can go a long way toward temporarily reversing facial aging, there comes a time when the results no longer meet the level of rejuvenation that some patients want. As we age, the musculature in the face and neck begin to sag. While this can be addressed–for a time–with the aforesaid injectables, at a certain point a facelift is the natural choice as the most effective anti-aging option.

What is a Rapid Recovery Facelift? 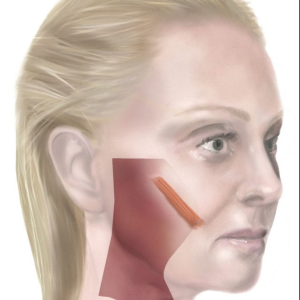 There are numerous face lifting techniques used by plastic surgeons. The SMAS lift is the most common. It’s called a SMAS lift because it treats the superficial muscular aponeurotic system, a thin layer that covers the face and neck far beneath the skin. In our youth, our SMAS is tight, giving us the youthful appearance we value so much. As we age, the SMAS stretches due to facial motion and general sagging in the mid-face, the jowls and the neck. By tightening the SMAS and trimming the extra skin and tissues, the result is a much younger appearance.

The Rapid Recovery Facelift is unique to Dr. Gerut. It was created to address several challenges of traditional facelift techniques, such as extensive recovery time, unnatural results, limited anesthetic choices, and exclusion of the neck. A “real” facelift should include a neck lift but, depending upon the surgeon you choose, it may not. A face lift does not include the eyes, however. That is a separate procedure called an eye lift or a blepharoplasty. That procedure can be done alone or performed during a facelift.

What are the Benefits of a Rapid Recovery Facelift?

If natural-appearing facial rejuvenation is your goal, schedule a consultation to evaluate the benefits of the Rapid Recovery Facelift. Hundreds of men and women have found it to be the best facelift option available that will give you the results you seek. To see some of our beautiful results, click this link to our Facelift Gallery.

Send us your questions!

Before And After Photos

Take a look at some before and after photos from patients who were treated right here in our office!

Hear directly from our patients in these video testimonials.